Skip to content
04
02
I’ve alluded to the challenges of the first few weeks of Davids life before. I don’t want you to think it’s all been bad. There have been great, great days (even weeks) amidst the tough ones. 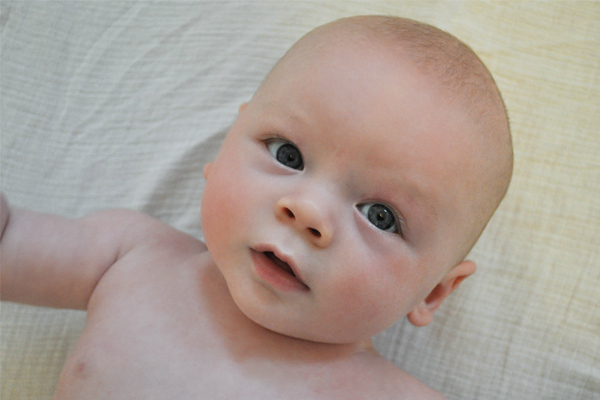 David at 3.5 months
If you are pregnant, hope to be pregnant, or just had your first baby, I hope that someone told you these things. If not, maybe it will be helpful that you read them here. I also hope, truly, that it isn’t as difficult for you as it was for me. But in case it is hard, know that it gets easier. And more and more enjoyable. And you’ll suddenly find yourself in love with a tiny little human.