The truth is, I’ve contemplated getting this ice maker for YEARS. 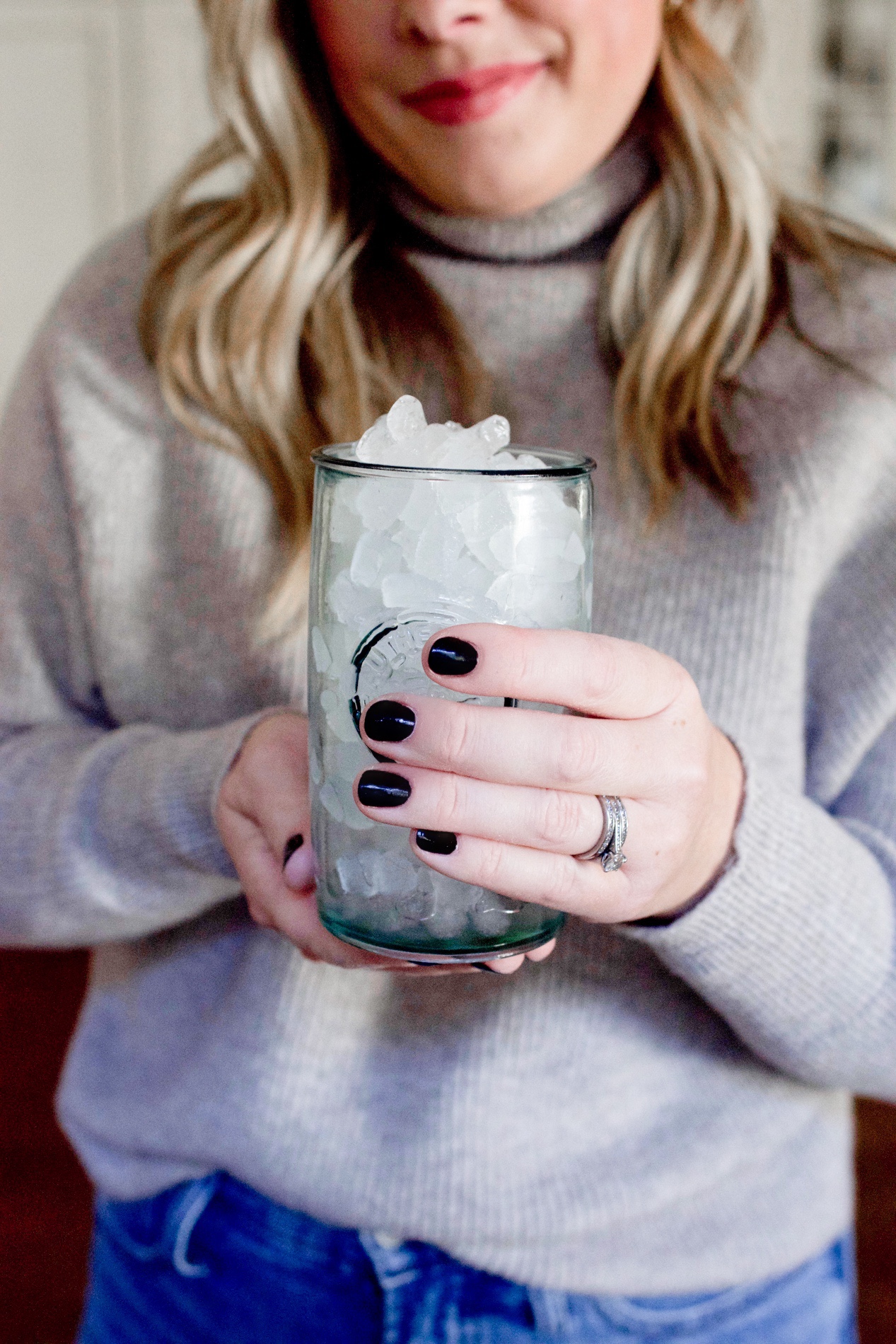 But there were a handful of things holding me back from purchasing it, and one of those was the mixed reviews from other Opal Ice Maker owners. It’s also very expensive, takes up counter space, and I wasn’t 100% sure I would use it as often as I assumed that I would.

Someone alerted me to the fact that the Opal Nugget Ice Maker was on sale for Prime Day on Amazon, so I took that (along with an existing freezer ice maker that is literally limping along on its last leg…) as a sign to pull the trigger on this ice machine. It was kind of like Christmas morning when it arrived. I set it up on our “dry bar” which is a built-in counter with cabinets near our dining room. It fit perfectly, and when I had everything hooked up, I walked away assuming it would be quite a while before any ice was made.

As it turns out, this machine makes ice FAST. I was blown away by how quickly it made ice. And while I’m talking about the good things, let’s dive into the rest of the list of positives about this ice maker.

One. It’s small and fits on the counter

Two. It doesn’t require being hooked up to a waterline. You only need electricity to plug it in.

Four. It is “smart” and knows when it needs more water to make more ice.

Five. The icebox, where the ice is stored, is small but we have never even gotten close to running out of ice in a day since it’s always making new ice as long as we have water in the tank.

Eight. It has a low profile design, and optional light features. As you can see, there are a ton of positive things about this machine. I really have loved it and I use it multiple times a day, every single day. I wish I hadn’t waited so long to get it, but I’m also glad I was able to buy it on sale.

There are a few negatives to the machine that I’ll share below. These were things I anticipated due to the reviews from other consumers, and things I’ve discovered on my own.

One. It is NOT quiet when it’s running. There is a steady electric “hum”, which is subtle, but there is also a relatively consistent squeaking from inside the machine when it’s making ice. When the icebox is full, it’s at it’s quietest.

Two. The icebox could easily fall out when you are scooping ice. It’s fully removable, which is nice, but that means you really need to be careful not to knock it all the way out because it will fall straight to the floor!

That’s about all. There really isn’t much that I don’t like about it!

I did need to move it to our laundry room as the humming and squeaking noise was bothersome to Justin, whose office is near the dining room where I originally set up the Opal. If it’s really quiet in the house, you can hear it if you’re near the laundry room, but it is a lot quieter now that it’s sort of tucked away.

Overall, I’m really pleased with the machine and I use it so much that I feel like it justifies the price. I certainly wish it was quieter when it’s running, but it’s not enough of a deal-breaker for me to return it.